It all started in 1991 when Jesse Lupo, owner, read in the first book of the Foxfire Series about how the fine art of moonshining was being ruined. Experimenting with his great grandmother’s pressure cooker and passion for well made, hand crafted spirits, the inspiration for Mossy Ledge was born.

With his extensive knowledge of welding Jesse decided he could build distillery equipment to sell to craft distilleries while saving money to open his own. Finally, in 2016 when there was a lull in the equipment manufacturing business, he was able to clear the wooded lot next to his home in Etna where the distillery is now located, and the process began. Two years later, after getting all of the licenses required and with a lot of help and support from family and friends, on May 8, 2018 Mossy Ledge Spirits opened the tasting room for the first time.

27 years in the making. Mossy Ledge created and released their first two spirits: A superlative, smooth Vodka and  from what we hear from those who have tasted it  – a truly remarkable Toasted Coconut Cordial.

Jesse’s real passion is whiskey, but vodka is more versatile and it doesn’t require barrel aging. It also just so happens that the base of all the cordial flavors that he and his wife, Kasey, co-distiller, have been experimenting with for years is their very clean, crisp vodka. Known for bringing their ‘homemade’ peppermint schnapps and root beer schnapps to family events,  Jesse & Kasey noted how much people loved them – due in part to their cordial creations being far less cloyingly sweet than the commercial brands. Less sugar and more flavor is their guide as they plan to launch several other flavors very soon – including a Peppermint Cordial.

Their goal is to have whiskey by the fall of 2018, starting with Jester’s Best Sipping Whiskey.  On the heels of the barrel aged whiskey Mossy Ledge will have also have a rye whisky, gin and rum. 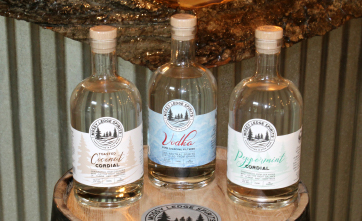 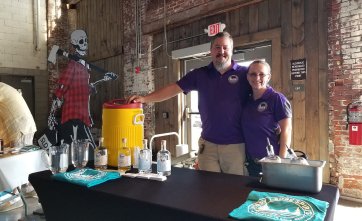 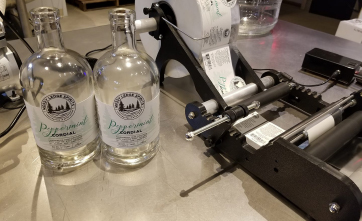