Raising the bar by producing award winning spirits and by working with our neighbors.

A winemaker since 1997, Bruce Olson won two medals for his apple wines in 2009, when they were named the best fruit wines at the Maine Vinfest, hosted by the Cellardoor Winery. At about this time, Bruce and Steve Buchsbaum started experimenting with distillation of Bruce’s apple wine. They then tried distillation of Bruce’s unique maple wine which resulted in a product unlike any other we know.  Multiple awards across the country make it clear that judges on both coasts apparently appreciate the goodness of Maine.

Bruce and his partner Karen Heck bought Steve out in the fall of 2012 and expanded their offerings. There are a few other micro-distillers producing maple spirits but ours is completely different because it is distilled from our maple wine. The taste of maple provides a subtle background for a complex series of flavors similar to a brandy.

The still at Tree Spirits isn’t much to look at, but what it lacks in sex appeal it makes up for in the quality of the spirits that come out of it. The still is a sophisticated apparatus that allows us to separate the “good stuff” from the rest of the distillate. Our Limoncello starts with organic neutral corn spirits and is flavored with lemon zest from France. Inspired by a recent trip to Italy but a tad less sweet than that made with the traditional Meyer lemons.

Our Absinthe Verte is the only absinthe produced in New England, and one of only a few produced in the US.  We start with our Applejack and use an old recipe. Our herbs — anise, fennel, wormwood, petite wormwood, hyssop and lemon balm — are all organic and most are locally sourced.  The final product is a sublime, light green, 130 proof premium spirit with notes of licorice, fennel, and anise. Winner of a bronze medal at the 2015 New York International Spirits Competition, declared Maine’s Best Spirit in 2016 by Down East Magazine, and silver medal winner at the 2018 San Francisco World Spirits Competition. 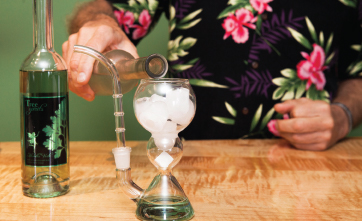 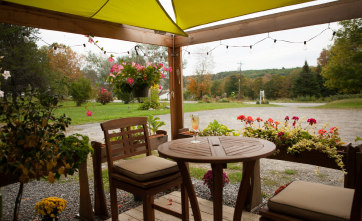 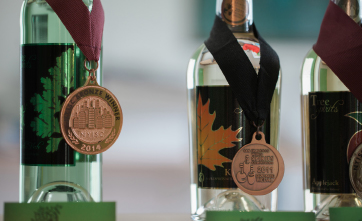