Tradition was Once Innovation in its Time.

One complete turn of a rope around an object. Despite its simplicity it’s immensely strong and effective used to hold even great ships against a dock. But its strength relies on a person holding one end of the rope and applying tension allowing the forces of friction and torque to work.

Distilling is simple, just condensing vapor back to liquid. But with a person applying their senses of smell and taste, this simple process can be harnessed to produce something complex and sublime. Much like our flagship, award winning spirit Bimini Gin. A summer inspired, modern American gin.  Bimini Gin is made in Maine in what we would regard as a modern style with citrus-forward notes of grapefruit and the introduction of hops as part of the botanical base. The gin is named for the islands in the Bahamas and sunny days. Quite certainly the dream of Maine denizens during our sometimes long winters.

Located in a 150 year-old textile mill on the Saco River 5 miles from the Maine coast, Round Turn Distilling embodies the pragmatism and industriousness of its New England forebears. While the mill once used the waters of the river to power its massive looms, Round Turn uses steam to power its modern, steel and copper still. The still is itself an embodiment of tradition informed by innovation. Built in Etna, Maine, by Trident Stills, it blends the basic principles of the centuries-old pot-still with modern innovations and efficiencies. After all, tradition was once innovation in its time.

Native Mainers Darren Case and Kristina Hansen returned back home from Brooklyn, NY, in 2014 to start Round Turn Distilling. They were drawn by the community of artists and entrepreneurs in Biddeford, a culture very similar to Brooklyn’s. Their passion is the moments that bring friends and family together, often gathered around a plate or bottle. They work hard to produce quality spirits worthy of sharing those moments. 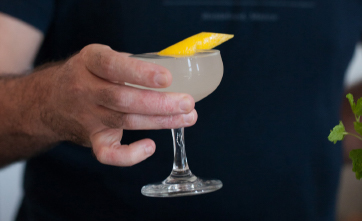 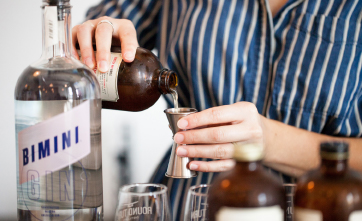 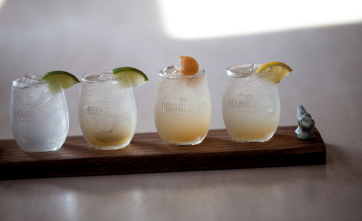